This event is ticketed. The pre-order/purchase of 1 copy of Things We Hide From the Light = 1 ticket.

We will happily order and have Lucy sign any of her titles you buy through us. We offer free domestic shipping over $10. We do ship internationally, but prefer you check with us first before placing an order.

You can order the two books in the Knockemout Series by clicking on the title and adding to the cart.

Things We Never Got Over
Things We Hide From The Light

Check out her other titles here.

Nash Morgan was always known as the good Morgan brother, with a smile and a wink for everyone. But now, this chief of police is recovering from being shot and his Southern charm has been overshadowed by panic attacks and nightmares. He feels like a broody shell of the man he once was. Nash isn't about to let anyone in his life know he's struggling. But his new next-door neighbor, smart and sexy Lina, sees his shadows. As a rule, she's not a fan of physical contact unless she initiates it, but for some reason Nash's touch is different. He feels it too. The physical connection between them is incendiary, grounding him and making her wonder if exploring it is worth the risk.

Too bad Lina's got secrets of her own, and if Nash finds out the real reason she's in town, he'll never forgive her. Besides, she doesn't do relationships. Ever. A hot, short-term fling with a local cop? Absolutely. Sign her up. A relationship with a man who expects her to plant roots? No freaking way. Once she gets what she's after, she has no intention of sticking around. But Knockemout has a way of getting under people's skin. And once Nash decides to make Lina his, he's not about to be dissuaded...even if it means facing the danger that nearly killed him.

Lucy Score is a Wall Street Journal and #1 Amazon bestselling author. She grew up in a literary family who insisted that the dinner table was for reading and earned a degree in journalism. She writes full-time from the Pennsylvania home she and Mr. Lucy share with their obnoxious cat, Cleo. 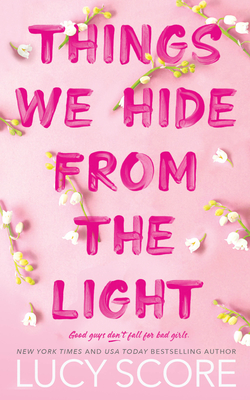 Things We Hide from the Light (Paperback ) 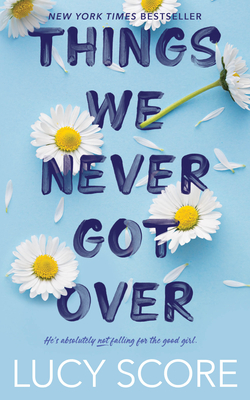 Things We Never Got Over (Paperback )