he Rail Splitter: A Novel by John Cribb tells the story of Abraham Lincoln's remarkable journey from a log cabin to the threshold of the White House—a journey that turns him into one of America's most beloved heroes.Like Old Abe, Cribb's acclaimed novel about Lincoln's years as president, The Rail Splitter brings Lincoln to life in a way no other book does. We walk beside him on every page, through Indiana woods and Illinois prairies, and come to know his hopes and struggles on his winding path to greatness.The story begins with Lincoln's backwoods youth on the frontier, where he grows up with an ax in one hand and book in the other, determined to make something of himself. As a teenager, he builds a flatboat and rafts down the Mississippi River with a friend to New Orleans, where he witnesses the cruelty of the city's infamous slave markets. As a young man, he marches in an Indian War, buries the bodies of five scalped men, and saves the life of an old Indian. He tries his hand at being a surveyor, postmaster, and clerk in a general store. When he is twenty-six, the girl he hopes to marry dies of fever. He spends days wandering the countryside in grief. A few years later, he walks into Chatterton's jewelry store in Springfield, Illinois, purchases a ring inscribed with the words “Love Is Eternal,” and enters a tempestuous marriage with Mary Todd.Lincoln literally wrestles his way into prominence on the Illinois prairies. He teaches himself the law and enters the rough and tumble world of frontier politics. As a state legislator, he finds himself on a dueling ground with a broadsword in hand, ready to settle a nasty quarrel with a hot-headed politician. With Mary's encouragement, he wins a term in the U.S. Congress, but his political career falters. They are both devastated by the loss of a child. As arguments over slavery sweep the country, Lincoln finds something worth fighting for, and his debates with brash rival Stephen Douglas catapult him toward the White House.Anyone who wants to understand Lincoln the president must first understand Lincoln the boy and Lincoln the man before the war years. This is the part of Lincoln's story that many people do not know, yet in many ways the most fascinating part of his life. Part coming-of-age story, part adventure story, part love story, and part rags-to-riches story, The Rail Splitter is the making of Abraham Lincoln.The story of the rawboned youth who makes his way from a log cabin to the White House is, in many ways, the great American story. The Rail Splitter brings Lincoln to life once again and reminds us that the country he loved is a place of wide-open dreams where extraordinary journeys unfold. 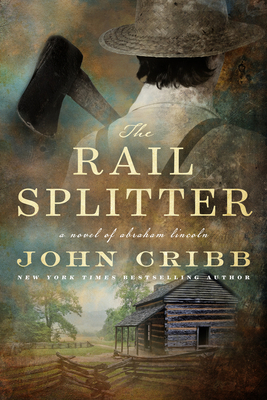