THIS EVENT IS POSTPONED TBA

SUDDEN DEATH is a murder mystery set in the world of football. More than a whodunit, the novel spans from 1966 to 1997. Kendall Harris, a brilliant law student from Georgia, and Duke Astin, a star quarterback from Hawaii, meet at UCLA, fall in love, and marry. Kendall practices law and Duke plays in the NFL, then becomes a college coach. Juggling two careers and moving from state to state puts pressure on their relationship, but through the joys and stresses of life, they stay loyal to one another. Things take a troubling turn when Coach Astin is hired by a football powerhouse in the South. Immediately, an influential group unhappy Duke was hired begins to undermine everything he tries to accomplish. But when the murder occurs, the story becomes a search for joy and goodness in life, and ultimately the triumph of the human spirit over unspeakable odds. SUDDEN DEATH also explores serious themes of sports gambling, alcoholism, and spousal abuse within the varied cast of characters.

Carolyn Curry is an award-winning author, historian, and non-profit founder and director of Women Alone Together®. She holds a BA from Agnes Scott College and a MA and PhD from Georgia State University. In 2014, she published Suffer and Grow Strong: The Life of Ella Gertrude Clanton Thomas 1834-1907. In 2015, it was selected One of the Books all Georgians should read by the Georgia Center for the Book. In that same year, Curry received Georgia Author of the Year from the Georgia Writers Association.

William Alexander Curry is a retired American football coach and former player. Most recently, Curry was the head coach at Georgia State University, which began competing in college football in 2010. Previously, Curry served as the head football coach at the Georgia Institute of Technology (1980–1986), the University of Alabama (1987–1989), and the University of Kentucky (1990–1996). Between coaching jobs at Kentucky and Georgia State, Curry was a football analyst for ESPN. He played football at Georgia Tech (1962–1964) and then played for ten seasons in the National Football League (NFL) with four teams: the Green Bay Packers (1965–1966), the Baltimore Colts (1967–1972), the Houston Oilers (1973), and the Los Angeles Rams (1974). 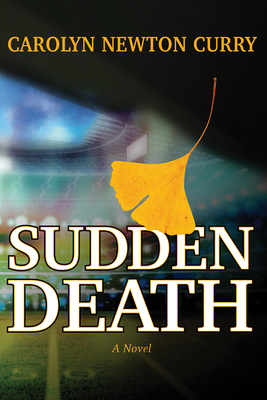