BUY A BOOK FOR A CHANCE TO WIN 2 FREE TICKETS TO MARTINA'S JOY OF CHRISTMAS TOUR AT ATLANTA SYMPHONY HALL ON DECEMBER 4TH.

This is a booksigning only and you need to purchase a ticket/book from Eagle Eye in order to attend.  She will sign and personalize this book only, no memorabilia please.  Pictures are allowed but please have your camera ready.  She is very happy to meet and talk to all her fans but please be respectful of her time.

If you cannot attend but want a signed and personalized copy then please note in the comments box.

Click here to buy tickets to her music concert the following night.

To country music icon Martina McBride, cooking and singing aren't all that different. When she makes something delicious, she wants to share it, which is a lot like sharing her music with an audience. When she’s not on stage or in the studio, Martina is most likely experimenting in the kitchen and cooking with family and friends. Growing up on a farm in Kansas, Martina began helping her mother in the kitchen at an early age, preparing fresh-from-the-field ingredients. Meals and stories were shared daily around the table. It’s a tradition she continues with her own family as often as she can because real life is what’s worth celebrating. In this gorgeously photographed cookbook, readers will find more than 100 simple and satisfying recipes filled with fresh, seasonal ingredients and downhome flavor. Martina encourages cooking "outside the lines" and shows you how to make cooking fun with creative "ad-lib" tips for recipe riffs you might consider. Mix things up in the kitchen and create your own delicious memories with her inspired recipes to feed a handful or a houseful. Whip up Martina's family favorites like her mother-in-law Flavia’s Deviled Eggs, husband John’s Bacon-Wrapped Olives, or her go-to Grilled Shrimp Tacos with Chipotle Sauce and Slaw. Plan a weekend brunch menu, serving Baked French Toast with Pecan Crumble and Blackberry-Maple Syrup and Hashbrown Breakfast Casserole with Tomato Gravy. Toast friends at happy hour with her Blackberry-Lemon Gin & Tonic while enjoying Grilled Sweet Peppers with Goat Cheese and Herbs. And when it’s time to celebrate with family and indulge in dessert, try Martina's Fresh Apple Cake with Homemade Caramel Sauce or No-Bake Peanut Butter-Chocolate Cookies.

Country singer Martina McBride got her start opening for Garth Brooks in the 1990s and quickly became one of the most successful female country singers of all time.

Born in Kansas in 1966, country singer Martina McBride got her big break when Garth Brooks, for whom her husband worked on a sound crew, gave her an opening slot on his concert tour in 1990. She became highly successful and her songs topped country charts for the next fifteen years.

Country music singer. Born Martina Mariea Schiff on July 29, 1966, in Sharon, Kansas. Growing up on a dairy farm alongside two brothers and a sister, Martina became interested in country music through her father's local band, The Schiffters. Martina eventually joined the band, playing keyboard and singing with other members of her family at local gigs around town. After graduating from high school in a class of nine students, Martina headed to a local college before realizing that she was more interested in a career in music. In 1987, Schiff met local sound engineer John McBride, and the couple became engaged shortly after meeting. They moved to Nashville in 1990 to pursue careers in music.

John found work as a member of Garth Brooks' sound crew, and Martina performed odd jobs for a while, including selling T-shirts at Garth Brooks concerts. She finally caught the attention of Brooks in 1990, and he offered her a chance to be his opening act if she could land a recording contract. With a demo recorded by her husband, she finally signed with RCA and began touring. Her 1992 debut album, The Time Has Come, was followed by her 1993 hit album The Way That I Am. The album's her first hit single, "My Baby Loves Me," jumped to No. 2 on the music charts, followed by "Life #9", which also made it into the Top 10. Her song "Independence Day," about domestic abuse won her Video of the Year by the Country Music Association in 1994.

The next year, McBride released Wild Angels, and the title single became her first No. 1 single. That same year, she was inducted into the Grand Ole Opry. Her next album, Evolution(1997), became a Top 10 hit and a double-platinum record. It also brought McBride a string of hits, including "Valentine," "Happy Girl," "A Broken Wing" and "Wrong Again." The project finally pushed McBride into the spotlight, and earned her critical acclaim; she earned her first CMA award for Female Vocalist of the Year in 1999, and was selected to perform for President Bill Clinton. 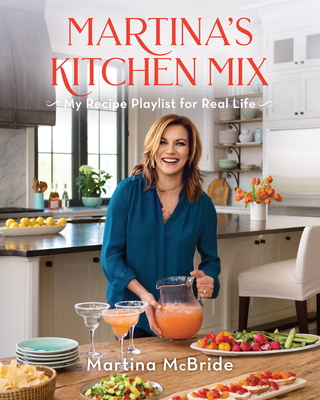